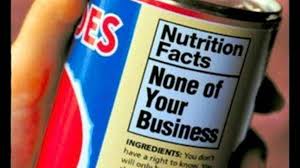 As far back as 2014, then-CEO John Mackey admitted that the company was hurting due to an explosion in the number of stores selling organic groceries.

"The growing demand for fresh, healthy foods, the offering of natural and organic products is expanding everywhere [in] new stores, existing stores and online," Mackey said.

The company has also been hit by several recent scandals, including allegations of price-gouging, and more recently, of colluding with Monsanto to ensure the passage of a bill that bans the labeling of foods made with genetically modified organisms (GMOs).

Whole Foods was in a vulnerable financial position even before the recent scandals erupted. Organic and natural food sales have exploded in the United States in the past decade, largely due to the entry of new players into the organic grocery market. This broke what had been an all but de facto monopoly for Whole Foods.

A watershed moment for organic foods availability – and perhaps the beginning of the end for Whole Foods – came when Walmart entered the market in 2014, introducing a store-brand organics line priced 25 percent lower than its other organic products.

Then, last year, New York regulators accused Whole Foods of price gouging and cheating customers with false weights and measures. The company settled the charges, but the scandal only increased its image as an overpriced store that eats up your "Whole Paycheck."