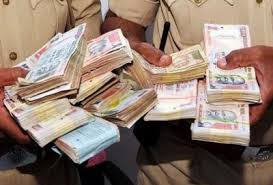 "I was shocked at his sudden niceness. It went on for two days," said Sharma. For the past three years, his New Delhi-based employer has been abusive, bad-tempered, and imperious, often demanding that he turn up for work at 6am after finishing work at midnight.

"He didn't even bother to remember my name. When he wanted to summon me, he'd call out 'driver!'," Sharma said. An Indian woman shows discontinued Indian currency notes and a photocopied ID card as she queues outside Reserve Bank of india. Photo: AP

Maids, drivers, nannies, and cooks in India are experiencing unusual politeness from their employers. Beyond the work they do every day, they suddenly have another use – to launder the undeclared cash which the rich have been hoarding in steel wardrobes, under the mattress and in under-bed storage.

This sudden outbreak of niceness is the outcome of India's current crackdown on "black money" - income in the form of cash that has not been declared to the tax authorities. On November 8, the day before Sharma's employer became a lamb, Indian Prime Minister Narendra Modi scrapped 500 and 1000-rupee notes to root out corruption and force more Indians into the tax net.

In one fell swoop, the tens of millions of rupees that the rich kept at home in these denominations became worthless. If they deposit the money in the bank tax officials will pounce, imposing staggering penalties and taxes.

However until December 30, each Indian is allowed to deposit a smallish sum of 250,000 rupees in such defunct notes in their bank accounts without questions being asked. That is why the rich need the service of the poor. A presswallah who irons the clothes in the Indian capital says he was asked by three clients to deposit 200,000 rupees in his account in return for a payment of 10,000. Photo: Amrit Dhillon

Sharma and others like him have been implored by suddenly humble employers to deposit the amount in their accounts by the deadline - to be returned to their employers later.

"I refused him. I don't want to get into trouble later if someone asks me how I got this money when I'm only a driver," Sharma said.

WHAT'S REALLY GOING ON IN INDIA