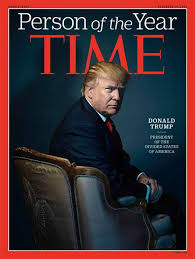 It's hard to measure the scale of his disruption. This real estate baron and casino owner turned reality-TV star and provocateur—never a day spent in public office, never a debt owed to any interest besides his own—now surveys the smoking ruin of a vast political edifice that once housed parties, pundits, donors, pollsters, all those who did not see him coming or take him seriously. Out of this reckoning, Trump is poised to preside, for better or worse.

For those who believe this is all for the better, Trump's victory represents a long-overdue rebuke to an entrenched and arrogant governing class; for those who see it as for the worse, the destruction extends to cherished norms of civility and discourse, a politics poisoned by vile streams of racism, sexism, nativism. To his believers, he delivers change—broad, deep, historic change, not modest measures doled out in Dixie cups; to his detractors, he inspires fear both for what he may do and what may be done in his name.