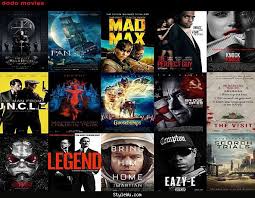 After breaking up with his boyfriend, a successful-enough New York City comedy writer (played by Fargo star Jesse Plemons) returns to Sacramento to help take care of his cancer-stricken mother (Molly Shannon). That might sound like a set-up straight out of winsome-indie hell, or maybe a Fox Searchlight pitch meeting. But writer-director Chris Kelly's cagily funny gem never loses itself in mucky mawkishness or too-easy uplift, dwelling instead on the smaller, stranger, more sneakily beautiful moments that tend to accompany grief. And Plemons and Shannon— small-screen scene-stealers turned ace character-actors—have never been better. —Brian Raftery

A breakout hit at Sundance, Sing Street sputtered when it was released in the US this spring—a shame, as it's the kind of good-cheer generator that most of us could have used at one point during the past year. Set in Dublin in 1985, the newly Golden Globe-nominated musical-drama follows a group of working-class teenagers who attempt to irk their schoolmaster—and maybe win over a girl or two—by forming a Duran Duran-duplicating new-wave band and writing one of this year's best songs. It's a little bit John Hughes, a wee bit John Taylor, and a whole lot of smile-stoking fun. —Brian Raftery

The Edge of Seventeen

Look, if you're the kind of person who keeps an eye out for dark, coming-of-age dramedies, this one probably isn't on your Missed list. But if you weren't looking for it, Edge of Seventeen definitely flew under the radar. And that's too bad; it's fantastic. Anchored by some note-perfect performances from Hailee Steinfeld and Woody Harrelson, writer/director Kelly Fremon Craig's film is serious without being bleak and funny without being goofy—both qualities that are rare in teen movies. It reminds you of what it's like to be in high school—in all the best and worst ways. —Angela Watercutter

Honestly, it's kind of hard to explain Krisha, let alone explain why it's amazing. The movie is essentially set up like an emotional/psychological time-bomb. Krisha (Krisha Fairchild), a woman with some troubling substance abuse issues, goes home for Thanksgiving after being away from her famity for 10 years and from the second she walks up to the house, you just know this isn't going to go well. That may sound rote, but writer-director Trey Edward Shults (who cast his own aunt in the title role) builds the family tension in a way that makes the movie hard to turn away from—and you won't be able to do so until the credits roll. —Angela Watercutter

Filmmaking is thriving in Lancaster County

Documentary Series Explores Facts and Challenges of the Vaccine Debate