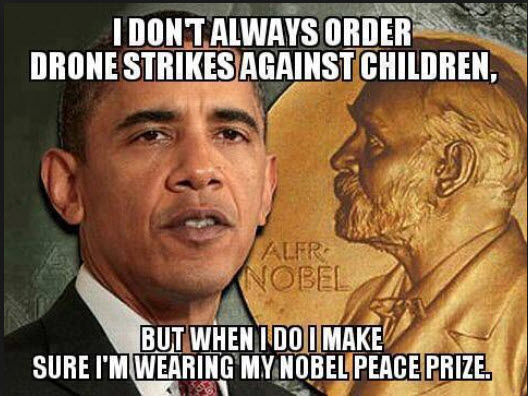 As a Libertarian, one of the most frustrating things I deal with on a daily basis is trying convince others to break out of their left right paradigm.  Like many people, I am an issues based guy, and it is very hard to label me as a liberal or conservative.  Unfortunately, most people do not realize that they are in the majority on this and do not need to accept the fake corporate news left right paradigm.  With the election of President- Elect Trump, the odds of people breaking out of their paradigm has never been higher.

For others though, it means a further retrenching in their beliefs.  Many of these beliefs are the result of decades of indoctrination and conditioning by the likes of: public education, mass media and Hollywood. Mark Twain once famously wrote "It's easier to fool people than to convince them that they have been fooled".

Today I am going to give my top 10 Least Liberal actions that have occurred under the Obama Regime.  To be fair… I can just as easily come up with a 10 top least conservative actions by the GOP leadership, but I will leave that for another day.  Besides… the fake corporate news does a pretty good job hammering the Republicans 24/7 and it's been the Democrats who have been in power, which is why they are the focus of this piece.

10. Cracking down on Medical Marijuana Facilities.

As a 2008 Graduate I had the experience of attending an ultra liberal school in NY during the primary's but had graduated just in time to experience the last few months of the George W Bush administration.  I can tell you first hand the elation that many of my peers had at the thought of Obama being the first Black President.  Many thought he would legalize marijuana or at the very least reclassify from a schedule 1 drug.

The promise:  From Politico " Back when he was running in 2008, Obama said he supported the "basic concept of using medical marijuana for the same purposes and with the same controls as other drugs" and that he was "not going to be using Justice Department resources to try to circumvent state laws."

The reality: According to Green Rush

– "Between 2009 and 2013, President Obama's administration spent $100 million more cracking down on medical marijuana dispensaries than George W. Bush's did."

-"Over the course of Obama's first term as president, his administration spent nearly $300 million on marijuana enforcement in states where medical cannabis had already been legalized."

– And who can forget that just last month the Obama Regime not only refused to reclassify cannabis but they also classified the non psychoactive CBD as a schedule 1 Drug as well.

Nothing quite says liberal like forcing gun store owners to knowingly sell fire arms to Mexican cartel members so they could grand stand when those same guns were used to kill innocent Americans.  One Senior ATF official , Special Agent John Dodson even noted "if you are going to make an omelette [sic], you need to scramble some eggs." Agent Dodson was one of the first whistle blowers.