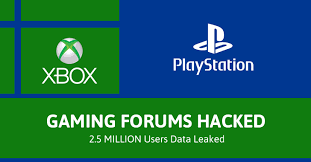 Do you own an account on one of the two hugely popular PlayStation and Xbox gaming forums?

Your details may have been exposed, as it has been revealed that the two popular video gaming forums, "XBOX360 ISO" and "PSP ISO," has been hacked, exposing email addresses, account passwords and IP addresses of 2.5 Million gamers globally.

The attackers hacked and breached both "XBOX360 ISO" and "PSP ISO" forums in September 2015, but the details of this massive hack just emerge, reports The Sun.

Mostly gamers who look for free versions of popular games are members of these two gaming forums, which provide download links for gaming ISO files – digital copies of online video games lifted from physical game disks – to the owners of Microsoft's Xbox 360 and Sony's Playstation Portable.

Visiting such forum websites and downloading games through the provided links often involve an illegal breach of copyright.

So, if you are one of those gamers using both forum or one of these forums, you are being advised to review your account and change the password for all of your accounts immediately.

Although the hackers behind the attacks are still unknown, it is believed that they dumped the stolen data once they've made enough money by selling the leaked information within private dark web trading sites.

Here's What Gamers Can Do:

Like I always advise, change your passwords for your forum accounts as well as other online accounts immediately, especially if you use the same password for multiple websites.

Something is REALLY NOT right here...

Global glitch: Swaths of internet go down after cloud outage

Thread for the Broken Web: Many big sites down?

Amazon is about to share your Internet connection with neighbors. Here's how to turn it off.

Everything You Need to Know About Using Tor Browser on Linux