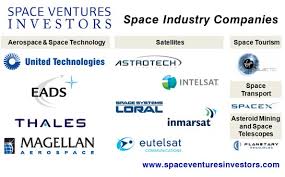 The tech industry is stressed about losing foreign workers, but the space industry never had the choice to begin with.

Because the tech sector relies so heavily on foreign talent, Silicon Valley stands to suffer from Donald Trump's executive order banning entry to the United States for nationals of seven predominantly Muslim countries. But the tech-adjacent defense and commercial spaceflight sectors have developed much differently, thanks to a regulation that all but prevents immigrants from working in those industries.

Though we often think of companies like SpaceX and Jeff Bezos's Blue Origin as "tech" companies, they operate under regulations that have been set up ostensibly to prevent foreign spies from stealing technology (like rockets) that could be used to develop weapons. The regulations are so strict that even dishwashers and line cooks in SpaceX's cafeteria and the accountants at Blue Origin must be US nationals.

"If you're dealing in ITAR, the easiest path to compliance is to just hire US citizens"

This complex regulatory scheme, called the International Traffic in Arms Regulations, are unpopular in the industry because it not only restricts who companies can hire but also prevents them from doing business with many foreign countries because rockets and satellites are considered "arms" under the regulations. Space companies are constantly pushing the State Department to regulate their products under the less strict Department of Commerce Export Administration Regulations.

ITAR was implemented as part of a 1976 law called the Arms Export Control Act and the regulations were toughened in 1999.  It almost entirely restricts immigrants from working for US-based space and defense companies, based on the fear that immigrants could serve as spies for foreign governments wanting to learn how to create weapons.

This means that the commercial space and defense contractor industries will be largely unaffected by Trump's ban, because almost everyone who works in the sector is a US citizen or green card holder.

SpaceX to launch four private passengers into orbit around Earth by as soon as late 2021...

A NEW SPACECRAFT IS JOURNEYING TO THE SUN TO GET A NEVER-BEFORE-SEEN...

Thanks To Musk And Bezos, The Night Sky Will Never Be The Same