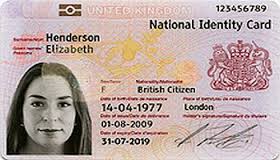 "The triumph of the S.S. demands that the tortured victim allow himself to be led to the noose without protesting, that he renounce and abandon himself to the point of ceasing to affirm his identity. And it is not for nothing. It is not gratuitously, out of sheer sadism, that the S.S. men desire his defeat. They know that the system which succeeds in destroying its victim before he mounts the scaffold . . . is incomparably the best for keeping a whole people in slavery."—Hannah Arendt reporting on the trial of Adolf Eichmann

You can't have it both ways.

You can't live in a constitutional republic if you allow the government to act like a police state.

You can't claim to value freedom if you allow the government to operate like a dictatorship.

You can't expect to have your rights respected if you allow the government to treat whomever it pleases with disrespect and an utter disregard for the rule of law.

If you're inclined to advance this double standard because you believe you have done nothing wrong and have nothing to hide, beware: there's always a boomerang effect.

Whatever dangerous practices you allow the government to carry out now—whether it's in the name of national security or protecting America's borders or making America great again—rest assured, these same practices can and will be used against you when the government decides to set its sights on you.

Nothing is ever as simple as the government claims it is.

The war on drugs turned out to be a war on the American people, waged with SWAT teams and militarized police.

The war on terror turned out to be a war on the American people, waged with warrantless surveillance and indefinite detention.

The war on immigration will be yet another war on the American people, waged with roving government agents demanding "papers, please."

So you see, when you talk about empowering government agents to demand identification from anyone they suspect might be an illegal immigrant—the current scheme being entertained by the Trump administration to ferret out and cleanse the country of illegal immigrants—what you're really talking about is creating a society in which you are required to identify yourself to any government worker who demands it.

Just recently, in fact, passengers arriving in New York's JFK Airport on a domestic flight from San Francisco were ordered to show their "documents" to border patrol agents in order to get off the plane.

This is how you pave the way for a national identification system.

Americans have always resisted adopting a national ID card for good reason: it gives the government and its agents the ultimate power to target, track and terrorize the populace according to the government's own nefarious purposes.

National ID card systems have been used before, by other oppressive governments, in the name of national security, invariably with horrifying results.

For instance, in Germany, the Nazis required all Jews to carry special stamped ID cards for travel within the country. A prelude to the yellow Star of David badges, these stamped cards were instrumental in identifying Jews for deportation to death camps in Poland.

Author Raul Hilberg summarizes the impact that such a system had on the Jews:

The whole identification system, with its personal documents, specially assigned names, and conspicuous tagging in public, was a powerful weapon in the hands of the police. First, the system was an auxiliary device that facilitated the enforcement of residence and movement restrictions. Second, it was an independent control measure in that it enabled the police to pick up any Jew, anywhere, anytime. Third, and perhaps most important, identification had a paralyzing effect on its victims.

In South Africa during apartheid, pass books were used to regulate the movement of black citizens and segregate the population. The Pass Laws Act of 1952 stipulated where, when and for how long a black African could remain in certain areas. Any government employee could strike out entries, which cancelled the permission to remain in an area. A pass book that did not have a valid entry resulted in the arrest and imprisonment of the bearer.

Identity cards played a crucial role in the genocide of the Tutsis in the central African country of Rwanda. The assault, carried out by extremist Hutu militia groups, lasted around 100 days and resulted in close to a million deaths. While the ID cards were not a precondition to the genocide, they were a facilitating factor. Once the genocide began, the production of an identity card with the designation "Tutsi" spelled a death sentence at any roadblock.

Identity cards have also helped oppressive regimes carry out eliminationist policies such as mass expulsion, forced relocation and group denationalization. Through the use of identity cards, Ethiopian authorities were able to identify people with Eritrean affiliation during the mass expulsion of 1998. The Vietnamese government was able to locate ethnic Chinese more easily during their 1978-79 expulsion. The USSR used identity cards to force the relocation of ethnic Koreans (1937), Volga Germans (1941), Kamyks and Karachai (1943), Crimean Tartars, Meshkhetian Turks, Chechens, Ingush and Balkars (1944) and ethnic Greeks (1949). And ethnic Vietnamese were identified for group denationalization through identity cards in Cambodia in 1993, as were the Kurds in Syria in 1962.

Macron seals his bromance with a laughing Joe Biden - and takes a swipe at Trump...