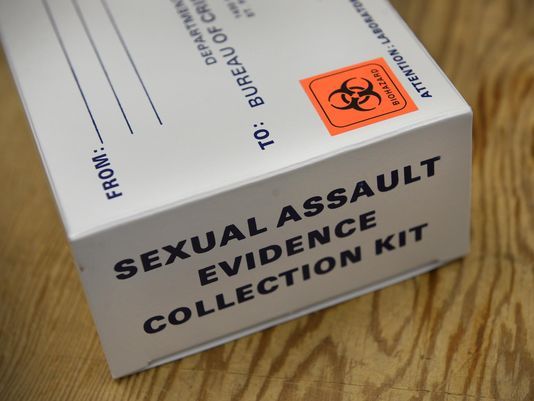 All rape kits must be tested "in a timely manner" thanks to a new law just signed by Gov. Doug Ducey.

The new measure ensures that Arizona's law enforcement agencies will have the money to test those kits. There is a massive backlog right now. Thousands of rape kits, evidence in countless cases, are sitting on shelves in evidence lockers.

"When tested, DNA evidence contained inside rape kits is an invaluable investigative tool to solve and prevent crime," explains EndTheBacklog.org. "It can identify an unknown assailant, reveal serial offenders, and bring opportunities for justice and healing to survivors."

The governor's office says Arizona's newly signed law should not only ensure that all rape kits are tested going forward but also help investigators clear those old cases.

It was DNA evidence from an old rape kit that led the Phoenix Police Department to identify another victim of the Baseline Killer, Mark Goudeau.

Convicted of nine murders and 15 sexual assaults in a crime spree that happened in 2005 and 2006, Goudeau is on death row.

While Goudeau cannot be charged with the 1985 rape police are sure he committed – the statute of limitations for rape was five years at the time – investigators were able to tell the then-22-year-old victim that her assailant is behind bars. Her case, now closed, went unsolved for three decades because her rape kit was never processed.

Arizona has since revised its law so that there is no time limitation for prosecuting felony sexual offenses. (ARS §13-107)

HB 2268, which Ducey signed into law Tuesday, was sponsored by Rep. Maria Syms (R-Paradise Valley) and received unanimous support in the House and Senate. Under this new law, a health care facilities must notify law enforcement within 24 hours of collected a rape kit. Once notified, law enforcement agencies have five business days to take possession of the evidence. That kit then must be submitted to a crime lab within 15 days.