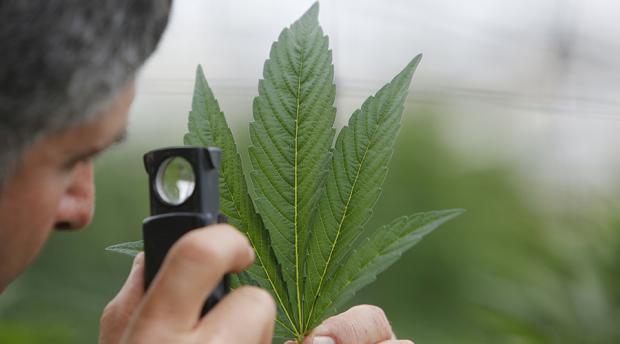 "Insys gave $500,000 last summer to Arizonans for Responsible Drug Policy, the group opposing marijuana legalization in Arizona," the Washington Post reported. "The donation amounted to roughly 10 percent of all money raised by the group in an ultimately successful campaign against legalization. Insys was the only pharmaceutical company known to be giving money to oppose legalization last year, according to a Washington Post analysis of campaign finance records."

That flood of cash from the pharmaceutical company with a vested interest in killing legalization probably did just that.

Now, the equally profit-motivated government has bestowed on Insys Therapeutics what is tantamount to skirting federal cannabis prohibition — despite that synthetic Syndros contains the equivalent ingredient, THC, nature provided in the first place.

This coordinated effort between a profiteering, private entity and the U.S. government to not only crush, but scoff at personal liberties sounds a quiet but resounding alarm for America's legal cannabis industry.

The fact the cannabis plant, itself still languishes as a supposedly dangerous Schedule I substance, while Big Pharma can profit from its imitation, did not occur by happenstance — in fact, Insys' history should have flatly nullified this government-granted windfall.

Syndros garnered approval from the U.S. Food and Drug Administration last summer for the treatment of the nausea, vomiting, and weight loss suffered by AIDS and cancer patients.

Now, Insys has received the green light from the Drug Enforcement Agency, which categorized the synthetic substance and its generic formulations as Schedule II — a classification placing it alongside substances from cocaine and methamphetamines, to Adderall, OxyContin, and even methadone.