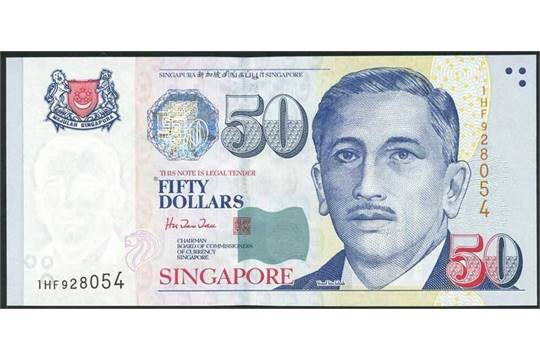 From a speech by Goh Keng Swee, former Finance Minister of Singapore

When the sun never set on the British Empire, the currencies of the British Colonies were issued under the CBS. This provided for 100 per cent backing of the note issue in overseas reserves, namely Sterling deposits in London.

This allowed the automatic conversion of the local currency into the British pound.

Since the 19th century up to about 1929, the pound Sterling was the pre-eminent world currency. Colonies had stable currencies, meaning that the rampant inflation observed today in many ex-colonies did not occur.

The British enjoyed substantial inflows of capital from their Empire and this helped to make London the world's leading financial centre. To be fair to the British, it should be said that the independent Dominions — Australian, Canada, South Africa and New Zealand — also kept their overseas reserves in London at that time when they were free to keep them elsewhere.

In the post-War years, rapid decolonisation took place. In every instance, the newly independent state established a Central Bank with note-issuing powers.

The requirement of 100 per cent backing in overseas assets was abolished. Singapore stood out as the sole exception.

Retaining the Currency Board

We retained the CBS and when the Monetary Authority of Singapore (MAS) was set up in 1970, it performed all the functions of a Central Bank except for note-issuing powers.

How and why did we preserve such a strange anachronism in this age of electronic finance?

The decision to proceed along these exceptional lines was a collective decision of the Cabinet. Each member reached this decision in this own way and I will explain mine.

When I as studying economics at Raffles College in pre-war days, the Keynesian revolution broke out with the publication of John Keynes' — The General Theory of Employment, Interest and Money.

Today, critics, including Sir John Hicks, are agreed that it was badly written work and made for difficult reading. I can attest to the latter.

As an undergraduate, I read the book from cover to cover no fewer than three times, some chapters even more. What puzzled me most was that Keynes measured variables and aggregates, such as National Income and Money Supply, in terms of what he called "Wage Units". I asked my professor what this meant and why Keynes did this, but could not get a satisfactory reply. Nor did the literature of the day prove more helpful.

Years later, the truth dawned on me. The Keynesian remedy for curing unemployment — the burning issue of the day left behind by the Great Depression years — involved serious risk of inflation.

Of course Keynes knew this. The remedy recommended took the form of expansion of bank credit through Central Bank policies to finance government expenditure. The extra spending will create additional demand for goods and services, thereby reducing unemployment.

There is a further difficulty to contend with. The Keynesian system is a closed one, that is, it takes no account of foreign trade.

This is admissible in theory, but in practice, since all modern states engage in foreign trade, a Keynesian stimulus will lead eventually to balance of payments deficits if government do not exercise restraint in time.