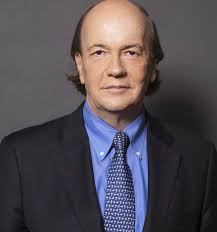 (Natural News) This Greg Hunter interview with James Rickards will make you completely rethink your financial preparedness for the coming collapse.

James Rickards is extremely intelligent and highly experienced in fiscal dynamics. I strongly recommend all his books, including The New Case for Gold, a must-read book for anyone serious about financial prepping. Rickards was on the front lines of the 1997 LTCM fiasco which nearly led to a cascading global implosion of the banking establishment.

Unlike the bulldookey-spewing "economists" at the New York Times, James Rickards knows full well that a global financial collapse is now inevitable. Although he underscores the fact that no one can tell exactly when it's going to start, he knows it is inescapable and growing ever nearer each day. "The instability of the financial system as a whole [is an "avalanche" waiting to happen]. All these things are massively unstable," he explains.

The video below, from Greg Hunter's USAwatchdog.com, is packed with extremely valuable information you need to know. Skip to 24:00 which where the most intriguing part of the interview begins. Here are my notes, followed by the James Rickards interview and my own mini-documentary called Faith Money and the Coming Collapse.

26:30 Your local police are heavy armed like "special forces" with automatic weapons. The martial law will be enforced at gunpoint.

28:30 They'll riot. They'll "burn down banks" … neofascism and riot police in charge. "All that legal authority is already in place."

28:50 The United States is operating under a state of emergency right now, thanks to President Bush.

33:00 How the political establishment is desperately working to obliterate Trump by any means possible.

Complete Recap & Cost of Off-Grid Land and Builds in 2020

Selco: What an "Average Day" Is REALLY Like When the SHTF

An Ominous Sign: Americans Have Begun STEALING FOOD to Survive

What to Do When The Lights Go Out: Immediate, Short-Term, and Long-Term Strategies

Are You Feeling the Urge to Homestead? Here's Some Honest Advice