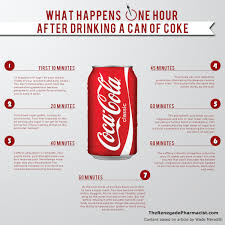 Coca-Cola made its debut in 1886 in Jacob's Pharmacy in Atlanta. This cocaine and caffeine induced sugary soda was created by pharmacist John Pemberton, who decided to leave his drug making behind with hopes of finding success in the beverage industry.

Not a marketing whiz himself, Pemberton was able to convince Frank Robinson to be his partner and Robinson designed the logo for Coke as well as the name Coca-Cola.

Together they put their cola formula on the market, but sales were rather bleak the first year, which was devastating to Pemberton, who died in August of 1888, before ever seeing any success with his beverage invention.

It was not long, after the passing of Pemberton, that Asa Griggs Candler rescued the Coke business and really started to market the soda. The Coke name was becoming more and more popular all over the country. Within months after forming the Coca-Cola Company, Candler, Robinson and three other partners began really pushing the product. By 1914, the number of Coke manufacturing plants rose from two to 1,000. Coke was now being shipped all over the world.

It seems critical, before we get too far into this article, that we note a couple of facts, things that are proven to be true. First, Coke is the most valuable brand in the history of mankind; "Coca-Cola" follows "hello" as the second most recognized word in the world. Second, Coke has an acidity level that is comparable to that of battery acid.

The Coca-Cola syrup formula trade secret is kept well-guarded, known only to a few. What is known is that Coke contains the equivalent of 15 teaspoons of sugar, and that it is easier and cheaper to purchase Coke in many third world countries than it is to get clean drinking water.

What Coca-Cola does to your body

All 15 teaspoons of sugar hit your system in the first 10 minutes of consuming a Coke. This alone is over 100 percent of the amount that should be consumed daily. The astounding sweetness would make anyone vomit, but the phosphoric acid keeps this from happening.

In the first 20 minutes of drinking a Coke, blood sugar skyrockets and the liver begins to turn the huge amount of sugar into fat. Shortly after, blood pressure rises and the liver delivers more sugar into the bloodstream. Pleasure centers in the brain are stimulated in the same manner as when heroin is used.

How to Create Osteoporosis and Osteopenia – Literally

'Narratives about complaints in children and adolescents caused by wearing a mask...'

32 Doctors from 11 Countries Warn Against Taking the COVID-19 Vaccine!

What Virus? Thousands Gather in Streets of Wuhan, China for Packed, Close-Proximity

Boston doctor says he almost had to be INTUBATED...

Study hints at fat-burning potential of exercising in the cold