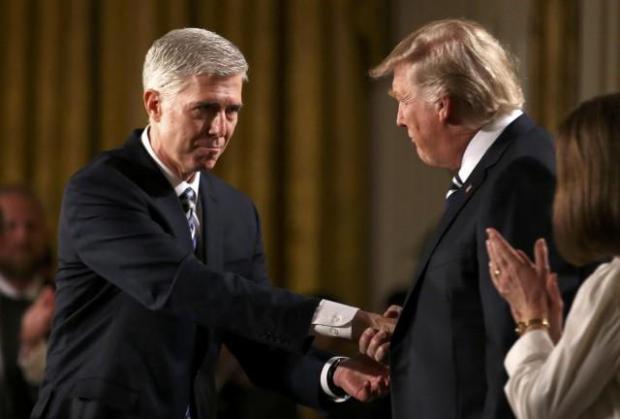 Gorsuch's confirmation ends the longest Supreme Court vacancy since 1862 during the American Civil War, with the court down a justice for almost 14 months since long-serving conservative Justice Antonin Scalia died on Feb. 13, 2016.

"Judge Gorsuch's confirmation process was one of the most transparent and accessible in history, and his judicial temperament, exceptional intellect, unparalleled integrity and record of independence makes him the perfect choice to serve on the nation's highest court," Trump said in a statement.

"He's going to make an incredible addition to the court," Senate Majority Leader Mitch McConnell said on the Senate floor.