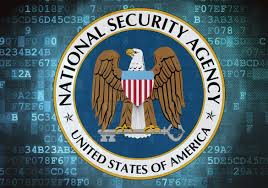 Last August, the intel world was abuzz following the news that a previously unknown hacker collective, "The Shadow Brokers" had hacked and released legitimate hacking tools from the NSA's own special-ops entity, the "Equation Group", with initial speculation emerging that the Russians may have penetrated the US spy agency as suggested by none other than Edward Snowden. The Shadow Brokers released a bunch of the organization's hacking tools, and were asking for 1 million bitcoin (around $568 million at the time) to release more files, however failed to find a buyer.

Attention then shifted from Russians after some speculated that the agency itself may be housing another "mole" insider. At the time, a former NSA source told Motherboard, that "it's plausible" that the leakers are actually a disgruntled insider, claiming that it's easier to walk out of the NSA with a USB drive or a CD than hack its servers." As famed NSA whistleblower William Binney - who exposed the NSA's pervasive surveillance of Americans long before Snowden confirmed it - said, "My colleagues and I are fairly certain that this was no hack, or group for that matter, This 'Shadow Brokers' character is one guy, an insider employee."

In a subsequent Reuters op-ed by cybersecurity expert James Bamford, author of The Shadow Factory: The Ultra-Secret NSA From 9/11 to the Eavesdropping on America, and columnist for Foreign Policy magazine, he said that seemed as the most probable explanation, and that Russia had nothing to do with this latest - and most provocative yet - hack.

Navy: Releasing UFO Files Would Cause 'Exceptionally Grave Damage To US...