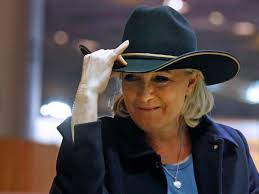 Which is why this shocking error in election procedures could be the swing to crush Le Pen's hopes. As The Express reports, half a million people received duplicate polling cards in the post, which would allow them to cast two votes at the first round of the election, held on April 23.

French authorities confirmed they would not be investigating the potential electoral fraud until AFTER the election, when retrospective prosecution may take place.

We are sure this is a simple 'accident', but coincidentally (for the establishment), this could crush Ms Le Pen's dreams of surging to power, as most French nationals living outside of their country are not right wing - demonstrated by the fact many feel they depend on the European Union (EU) to guarantee their stay in foreign countries.

WOW! The MASSIVE Implications Are Unfolding!

CNN: Segregate Unvaccinated, Make Them Pay For Tests Every Day