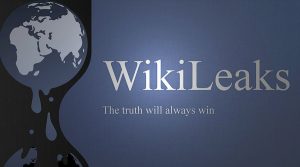 Some readers are probably compromised without knowing it – if not by the government, then by criminals who have acquired the non-secured tools. Here's how to assess your vulnerability and what to do about it.

"Vault7" is Wikileaks' codename for a series of massive document releases on the e-surveillance and cyber-warfare techniques of the CIA. It is not known how many releases will occur but four have so far.

March 23: "Dark Matter" documents several CIA projects to infect Apple Mac firmware and explains how the CIA gains "persistence" on "Apple Mac devices, including Macs and Iphones" and how it uses "EFI/UEFI and firmware malware."

March 31: "Marble Framework" offers 676 source code files for the CIA's program that aims "to hamper forensic investigators and anti-virus companies from attributing viruses, trojans and hacking attacks to the CIA."