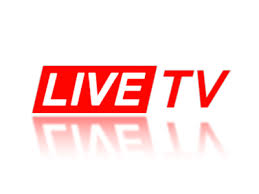 Live television is not over. What's over is having 14,000 impossible-to-navigate channels and a remote you need a PhD to operate, all tied to a giant overheating box that hasn't been redesigned since the Clinton administration. All that old junk is being replaced by a handful of internet-first services that combine the best of live, on-demand, and streaming television. Anything you want, everywhere, always.

Most of them work the same way: A couple of Jacksons (or Tubmans!) a month gets you a few dozen channels delivered to every device with a screen in your home—handheld, wall-mounted, or otherwise. Each package gives you a slightly different set of channels, restrictions, and designs. But they all beat that blurry, blue onscreen guide.

Best For: Smartphone channel surfers
The closest thing to a cable replacement: $35 a month, 60-some channels, available everywhere, in a super-surfable setup. It can be used on only two screens at once, and not every platform offers apps. But if you have AT&T cell service, streaming TV won't count against that stingy data cap.

Best For: Sitcom and sports addicts
Since Hulu is co-owned by four of the biggest media companies, it's not exactly shocking that the newly redesigned app has lots of content. It's a solid all-in-one buffet for about $40 a month: all the movies and next-day shows you've always gotten, Hulu's original shows, and most of your local channels and sports.

Best For: Effortless tuning in
YouTube TV is only available in a few cities, and doesn't have apps for most consoles and set-top boxes. What is has is an idiot-proof interface, plenty of local channels and sports, and great apps for your phone or tablet. Also, its excellent search means never having to remember which channel Archer is on.

Best For: Cost-cutting cord cutters
Sling has been in the streaming game longer than just about anyone. Basic service costs $20 a month, and you can add sports and kids' stuff for a few extra bucks. Local content is sparse, but you get nearly everything you want without paying for anything else.