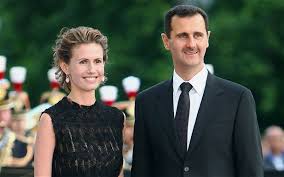 By: Darius Shahtahmasebi/ANTIMEDIA Following the Trump administration's decision to strike the Syrian government (in what was, by all accounts, a quite ineffective strike), a new report is raising serious concerns, claiming ISIS would be a prime benefactor of the fall of the Assad government.

The report, published Wednesday by the London-based IHS Jane's Terrorism and Insurgency Center, a leading security analysis agency, says a whopping 43 percent of ISIS' battles between April 1, 2016, and March 31, 2017, were fought against the Syrian military and its allies (including Iran, Russia, and pro-government militias). Conversely, the U.S.-backed Syrian Democratic Forces (SDF) accounted for a mere 17 percent of the action against ISIS.

According to this report, Assad's military has been the most engaged entity fighting against ISIS over the past year. The report calls into question previous nonsensical claims that ISIS and Assad actually work together to defeat the other rebel groups in the region.

"It is an inconvenient reality that any U.S. action taken to weaken the Syrian government will inadvertently benefit the Islamic State and other jihadist groups," IHS Markit senior Middle East analyst Columb Strack said, according to the report.

"The Syrian government is essentially the anvil to the U.S.-led coalition's hammer. While U.S.-backed forces surround Raqqa, the Islamic State is engaged in intense fighting with the Syrian government around Palmyra and in other parts of Homs and Deir el-Zour provinces."

As an individual, Donald J. Trump is well aware of these facts. He has tweeted about the dangerous reality of taking out the Assad regime multiple times in the past. Not long after winning the election, Trump told the Wall Street Journal:

"My attitude was you're fighting Syria, Syria is fighting ISIS, and you have to get rid of ISIS."

As noted by Newsweek, the Syrian military is currently marching through central Syria to try to liberate the area of Deir el-Zour, which is currently besieged by ISIS. Western media and the American military have stayed relatively quiet on this front, even though this siege puts 250,000 civilians at risk. To add further, Deir el-Zour is the area in which the U.S. military directly bombarded Syrian troops last year, paving the way for a timely offensive.

If the U.S. continues moving toward implementing its disastrous illegal regime policy in Syria, ISIS will benefit directly. Even if the terror group were to be defeated by a half-hearted U.S.-led coalition, a report released by the Tony Blair Foundation found there are 65,000 fighters who share ISIS' ideology and would spring up in their place.

If anyone doubts that ISIS would capitalize on the instability caused after Assad's downfall, they need only take a look at our recent history in the Middle East to find at least three key examples of this occurring in the past. Pre-2003 Iraq had close to zero al-Qaeda fighters. When the U.S. military invaded and made the disastrous decision to fire close to 400,000 soldiers from the Iraqi army, this led directly to the formation of ISIS. In pre-2011 Libya, there were no ISIS members inside the North African nation. Then the U.S. backed al-Qaeda-linked jihadists to topple the Libyan government, and as a result, ISIS now has a significant foothold there.

The same can be said of Yemen, which has seen a relentless U.S.-backed bombing campaign courtesy of Saudi Arabia. It has resulted in an ongoing humanitarian catastrophe. ISIS took full advantage of this chaos and has set itself up in the Arab nation, conveniently missing almost all of the Saudi bombs. (Seriously, how can a U.S. ally bombard a nation on its border to devastation and not be targeting ISIS?)