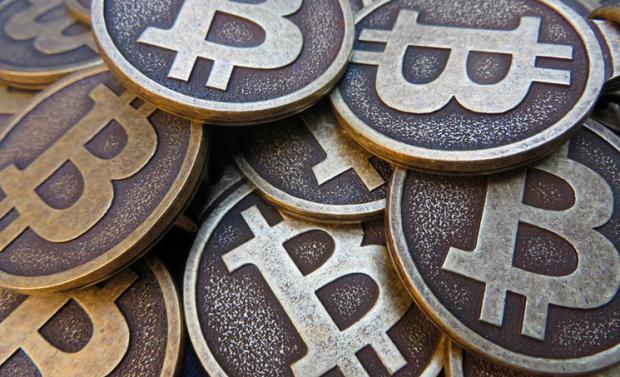 A multi-agency federal task force raided the Mesa apartment of local bitcoin trader Morpheus Titania last week in a case that seems ready-made for one of the suspect's anarchist-leaning blog posts.

Morpheus, whose real name is Thomas Mario Costanzo, is being held at least until Thursday, when his case has a detention hearing scheduled.

Federal court records show he's been charged — so far — only with possession of three boxes of Winchester ammunition, for a total of 60 cartridges "in different calibers." He denied they were his, but admitted they were in his apartment, records state.

Costanzo's not supposed to possess any firearms or ammunition because of a 2015 conviction in Maricopa County for felony marijuana possession.

Yet the April 20 raid, led by Homeland Security Investigations, had nothing to do with Costanzo being a prohibited possessor.

A warrant signed by U.S. Magistrate Judge David Duncan sought evidence that Costanzo may have operated an "unlicensed money transmitting business," engaged in illegal drug sales, and tried to hide any profits.

What Is Blockchain Technology and Why Are Arizona Leaders So Excited About It?

Agents were authorized to seize illegal drugs, bitcoin records and other financial documents, computers, cellphones, and other items. A separate search warrant asked Costanzo's cellphone company to produce tracking information about his prior whereabouts.

The warrant records were obtained andpublished on Tuesday by Freedom's Phoenix, an offbeat news-and-conspiracy website run by local Libertarian activist Ernest Hancock. Costanzo works for Freedom's Phoenix as sales and marketing manager and has been Hancock's friend since they met in 2003, Hancock said in a podcast on Friday.

The site also published photos from the raid at 417 North Loma Vista Circle in Mesa, showing heavily armed SWAT team members and other officers, and an armored vehicle.

The apartment landlord told agents that Costanzo has lived there by himself for about a year.

In various online articles, Costanzo touts himself as one of the area's most prolific traders of bitcoin, the popular crypto-currency currently trading online for nearly $1,300 per coin. Online records show he's made more than 100 trades in the past four years.

All You Can Eat Value Pack - Mercury v Sparks

"Awesome to work with!" one of his customers wrote in a review.

"Because of his rock-solid reputation, he is one of the biggest sellers in the Phoenix area," Costanzowrote about himself in 2014 on one of his web sites,Titanians.org. "Morpheus is now semi-retired as a bitcoin trader / entrepreneur."

The site has been a venue for writers including "visionary" physicist Bob Podolsky, and features anarchist essays, 9/11 conspiracy rants, advice on business and ethics, and plenty about bitcoin.

Costanzo ran into trouble with Arizona's stiff felony cannabis-possession law with a trio of offenses during April to December 2014. Without a medical-marijuana card, possession of any amount of pot is a felony, but prosecutors usually knock it down to a misdemeanor or offer drug treatment instead of prosecution.

Costanzo has had numerous prior arrests in recent years and served eight months in prison in the mid-1980s for fleeing from police. He wasn't offered any sweet deals. Following guilty pleas in 2015, he received probation after being convicted of misdemeanors in two of the marijuana cases and of a felony in a third, records show.

Still, despite Costanzo's bad luck or bad judgment, the heavy hand of the government that Morpheus writes about shows through in the cannabis cases. Eight states and Washington D.C. have now legalized marijuana for adults 21 and older, and if Arizona had a similar law, Costanzo wouldn't have been charged and convicted of possession three times, nor been stripped of his gun-and-ammo rights.

However, as local Homeland Security spokeswoman Yasmeen Pitts O'Keefe tellsNew Times, the investigation is "open and active" — meaning it's possible that additional charges could be forthcoming.

Where are Neo and Trinity when you need them?

No Ducey Tweet This Time: Officials Mum on Maryvale Shooter 'Person of Interest'

Ray has worked as a newspaper reporter in Arizona for more than two decades. He's won many awards for his reporting, including the Arizona Press Club's Don Bolles Award for Investigative Journalism.

(Publisher - I talked to the New Times reporter, Ray Stern, after finding that he did try to contact me via email but I deleted the email without noticing it wasn't SPAM. Ray picked up the story from Federal Court records that he monitors and from reading our coverage on FreedomsPhoenix. Our Radio Archive was also a source. Ray is sending us all of the documents he has access to in exchange for our keeping him in the loop. There are many aspects of this case that will keep interested reporters busy. At least 5 Federal Marshals were there and the Defense Attorney thought that the whole court seemed nervous. The judge made a statement that photography & recordings would not be tolerated and stated that there was a problem with that last week at the first hearing. I was there and a friend to us all walked into the courtroom with his phone in his hand by his side as he finished a call just before he walked in looking for us. Immediately a Federal Marshal escorted him out and he was not allowed into the courtroom. This event is what the Judge was referring to. Thomas has a long record since the 80's of demonstrations of defiance of government requirements for paperwork and unjustified mandates of government authorities and it was this argument that was presented to the Court for his being held.

The claim that he showed "Fraudulent Documents to police" was also used as evidence of a 'flight risk'. The defense attorney pointed out that the license Thomas showed was a "canceled" Driver's License. So, this is what we are dealing with. As many "PUBLIC Documents" as we can obtain we will post as we get them and we'll keep everyone up to speed (as will many other sites I'm sure).

Also, Adam Kokesh was in the gallery and will be providing up to date coverage as well and will ne in the loop (Hell, anyone on Thomas' 'Contact List' is "in the loop").

Other reporters are also interested and the main question is what were they really after and why. It may be a while before we get to the real issues. The liberty community can hopefully look forward to the depositions and other discovery that would clarify what is really going through the minds of the government agents involved.)

The only main correction for Ray is that Thomas worked for several months 6-7 years ago for FreedomsPhoenix as a Banner Ad salesman and primarily working with our IT department creating from scratch the Sales Desk.

Thomas has been happier recently than I've ever seen him before. He was able to make a modest living providing a desired service that benefited everyone involved... without the detested paperwork he has no interest in. And The Crown historically has deemed this 'Criminal Behavior'.)