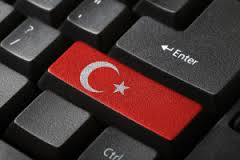 Two weeks after winning the Turkish constitutional referendum by a modest but decisive margin, president - or perhaps it is now despot - Erdogan decided to take his newly decreed powers for a spin and overnight in rapid succession surprised foreign observers when Turkey decreed that it would ban TV dating shows, fire an additional 4,000 public officials and also ban Wikipedia.

The country's Official Gazette published the decrees on Saturday evening. The first named thousands of civil servants to be dismissed, including nearly 500 academics and more than 1,000 Turkish military personnel. The decree also reinstated 236 people to their jobs. The second decree, among other things, bans radio and television programs for "finding friends and spouses" according to AP.

The latest purge follows more than 47,000 people have been arrested and 100,000 have been terminated for alleged connections to terror organizations, and takes place with Turkey under a state of emergency resulting from last summer's failed "coup" attempt which Erdogan blamed on the "shadow state" directed by the cleric Fethullah Gulen, who currently resides in rural Pennsylvania.