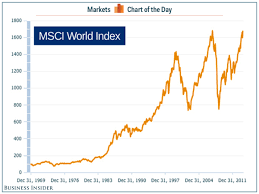 With the Fed set to begin its latest 2-day meeting (no rate hike is expected), S&P futures are little changed with European and Asian stocks higher after the VIX dropped to a 10 year low and the Nasdaq rose to record highs, sending the MSCI All-Country Index back to all time highs, as global markets reopen after holiday with investors focusing on stronger corporate earnings, while ignoring weaker than expected "hard" economic data and geopolitical concerns. The yen extended losses, with the USDJPY rising to the highest since March 21; gold slid and WTI crude futures rose while Treasury yields climbed after Steven Mnuchin said it "could absolutely make sense" for the U.S. to sell ultra-long bonds.

The MSCI All-Country World Index was poised for another all time high, as global market cap once again rose above $50 trillion. European shares advanced after the May 1 holiday, as BP jumped after posting stronger than expected earnings. European government bonds fell across the board. The Nasdaq Composite index hit a record high on Monday as the world's five largest companies by market capitalization -- Apple, Alphabet, Microsoft, Amazon and Facebook -- all hit intraday or closing highs.

"Risk assets are performing well and investors are clearly bullish," Claudio Piron, strategist at Bank of America Merrill Lynch wrote in a client note. "Nevertheless, we advise caution and this month is especially notorious for its refrain to 'Sell in May'," he added, although lately it appears that nothing can dent the bullish mood on Wall Street, where the VIX "fear gauge" closed at its lowest since before the global financial crisis on Monday.

The Stoxx Europe 600 Index increased 0.2 percent, with BP climbing 1.6 percent, and the banking sub-index was up 0.4 percent, showing no reaction to comments from U.S. President Donald Trump, who told Bloomberg Television he was actively considering breaking up big banks.

The Topix index rose 0.7 percent to the highest since March 21 as the yen weakened. Japanese markets will be closed for holidays over the next three days.  MSCI's broadest index of Asia-Pacific shares outside Japan gained 0.5 percent to its highest level since June 2015, as many of the region's markets also reopened after a long holiday weekend. Japan's Nikkei rose 0.7 percent after some robust earnings. South Korea paced gains, with the Kospi briefly topping its 2011 peak.

Much of the market's attention has fallen on forecast-beating corporate earnings which have helped push shares higher across the globe this year. First-quarter profits at S&P 500 companies are expected to rise 13.6 percent, the strongest rise since 2011, according to Thomson Reuters I/B/E/S. European equivalents are seen up 13.9 percent.

"Higher corporate earnings and tax reform seem to be more important to the market than any off-the-cuff remark from Trump. That means people are not buying protection in the options market to protect themselves from a drop in the market," said Neil Wilson, senior market analyst at ETX Capital.

"Soft" data in Europe was better with Euro-area factories expanding output at the fastest pace since 2011. The Markit Manufacturing PMI gauge rose to 56.7 in April from 56.2 the previous month, IHS Markit reported on Tuesday. An April 21 preliminary estimate was for an increase to 56.8.  "Companies are benefiting from the historically weak euro, improved growth in key export markets, rising domestic demand and ongoing central-bank stimulus including record-low interest rates," said Chris Williamson, chief economist at IHS Markit. "Optimism about the year ahead, meanwhile, appears unaffected by political worries."

JPMorgan Prime Advises Institutions To Keep Shorting Even As The Bank...

Gartman: "The Bull Market Has Ended And The Bear Market Has Begun…In Earnest"

"Changes In Markets Happen Slowly... Then All At Once"