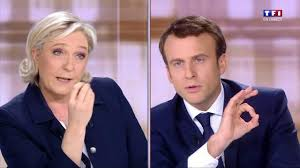 After numerous media appearances, Macron and Le Pen are facing each other in a TV debate tonight, which Barclays' analyst Francois Cabau dubs "Crucial."

According to Barclays, this debate is key for two main reasons: 1) it will allow Le Pen to clarify her views on Europe (that she has tried to soften to a large extent recently in an apparent move to attract Fillon's voters) which are arguably a weak point on her side; and 2) it may be seen to, informally, mark the start of the campaign for the legislative elections.

Some further thoughts from Barclays:

Since the first round, there has been unclear second-round voter guidance from some of the Republicans, including Laurent Wauquiez, Interim president of the Republicans, as well as Jean-Luc Mélenchon, who declined to announce how he would vote next Sunday.