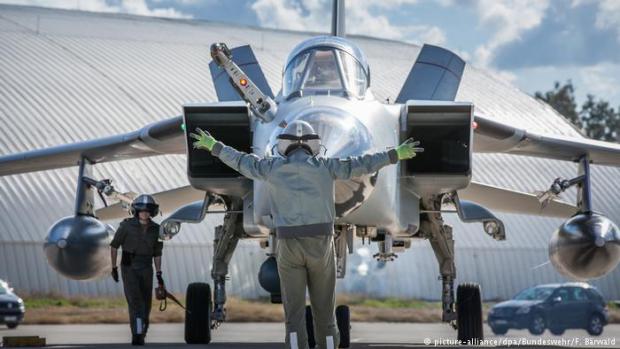 erman lawmakers from across the political spectrum on Sunday called on the Bundeswehr to withdraw troops and jets from its air base in Turkey.

The Christian Social Union (CSU), the Bavarian sister-party of Chancellor Angela Merkel's conservative Christian Democrats, cited the worsening relations and escalating war-of-words between Berlin and Ankara as reason to pull troops out of Incirlik, a key airbase located by the Syrian border.

The CSU's spokesman for foreign and security policy, Florian Hahn, told the German "Bild am Sonntag" newspaper that "amid this heated atmosphere, it has become increasingly uncertain that the Turkish government can and will guarantee the protection of our soldiers in Incirlik." Germany should not allow its troops to become a mere bargaining chip in Turkish President Recep Tayyip Erdogan's power games, he added.

Hahn also indentified Jordan as an improved alternative as a base for Germany's Middle East operations.

Those calls garnered support from the Left Party, Germany's largest opposition party. Its leader, Sahra Wagenknecht, said: "In light of the current developments in Turkey, it is overdue that we withdraw our Tornado [jets] and Bundeswehr soldiers, as well as halting the supply of weapons to Turkey immediately."