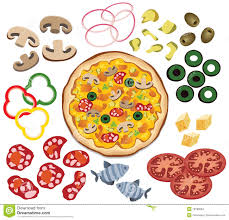 (Natural News) Tens of millions of Americans support President Donald J. Trump's efforts to "drain the swamp" in Washington, D.C., and for good reason: The federal government has become far too powerful and has way too much influence in our daily lives.

Case in point: Now, because it has nothing better to do apparently, the Food and Drug Administration wants to criminalize pizza toppings.

Now, whether you like veggies on your pizza, various meats, extra cheese – or whether you've sworn off pizza altogether, we have to ask – is it really the federal government's responsibility to regulate toppings? Apparently someone in Obama's FDA thought so because a new rule set to take effect seeks to do just that.

As reported by The Daily Signal, the rule, "Nutrition Labeling of Standard Menu Items in Restaurants and Similar Retail Food Establishments" (79 FR 71155), was supposed to take effect May 5. But now the agency has put off implementing the rule for another year.

If implemented, the 105-page rule would put in place amendments created during the Obama administration to the Federal Food, Drug and Cosmetic Act (FD&C Act), a piece of legislation enshrined in 21 U.S. Code that establishes national standards for labeling and marketing of food products.

Yes, the government regulates that. (RELATED: EPA A Left-Leaning, Anti-Science Rogue Agency That Functions As A Puppet For The Globalists: Shut It Down)

"The rule would require, among other mandates, that all restaurants and other retail food outlets, such as movie theaters, operating as one brand with at least 20 stores, display a calorie count in addition to other nutritional information for all standard menu items on the establishment's 'menus and boards,'" The Daily Signal reported.

In order to explain just how far-reaching this obscene rule would be, Lynn Liddle, executive vice president of Domino's Pizza, noted the expansive definition of "menu."

What the FDA and NIH Have to Say About the Vaccine

'If you get the Pfizer vax, you're more likely to get COVID': Industry analyst flags FDA

THIS Is Why You Can't Trust Big Pharma