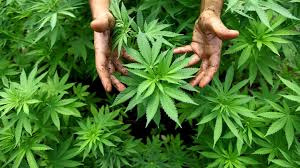 (Natural News) Medical marijuana is a booming industry, and more people are believing in the famed plant's medicinal value than ever before. Recent data from Pew Research Center revealed that support for marijuana legalization has increased dramatically over the course of just the last several years. In October 2016, polling data revealed that 57 percent of Americans supported the legalization of marijuana, while just 37 percent remained cemented in their belief that it should be illegal. While some may be disappointed that more people are not in favor of legalized cannabis, these findings lie in stark contrast to a similar poll from 10 years ago.

Just a decade ago, only 32 percent of American adults were in favor of cannabis legalization, while 60 percent opposed. Times are certainly changing, and companies are looking for new ways to innovate and make use of the marijuana plant's medicinal capacity. And perhaps, some of these innovations will even help those who oppose cannabis legalization to see the plant truly is medicine.

For example, a Canadian biotechnology company, Delivra, is developing a topical cream made with cannabis compounds. Current methods of cannabis consumption are considered to be less than ideal, though research has shown that smoking marijuana does not actually appear to have a negative impact on lung health — consistency of dose is still an area of concern. Due to the nature of plants, it is hard to gauge how much of the beneficial compounds one may take in when consuming cannabis in different ways. Smoking, vaping or consuming edibles all come with a degree of variability, both in strength of the product as well as the time it may take for the benefits to be felt. Edibles, for example, can take up to an hour to produce relief.

It is no surprise that companies like Delivra are looking to transform the plant into something more "medical," because science continues to show that cannabis does have medicinal value.  A recent, large-scale study has reportedly confirmed that marijuana can effectively treat chronic pain, for instance. The report analyzed data from more than 10,000 studies and found that there was indeed strong evidence of the plant's medical value.

Some of the report's findings were that cannabis was exceptional at providing pain relief to chronic pain patients, but especially for those with multiple sclerosis, as well as treating chemotherapy-related side effects like nausea and vomiting for cancer patients. Furthermore, the report also underscored previous findings that cannabis smoking did not increase cancer risks. The report also noted that marijuana's current Schedule I status in the United States greatly impedes scientists' capacity to conduct research on the plant.

While the science on cannabis for many health conditions remains uncertain, it has not stopped its growth in popularity — which has got to tell you something. Estimates suggest that the medical marijuana industry is set to continue to grow at a rapid pace, with the industry expected to pull in $44 billion by the year 2020 — irrespective of changes to the plant's legal status at a state or federal level. Despite the federal government's adherence to cannabis prohibition, many states have legalized the plant for a variety of medical uses — and some have even legalized recreational use as well.

The Diaper Cometh… or Maybe Not

Majority Are Already Immune Against SARS-CoV-2