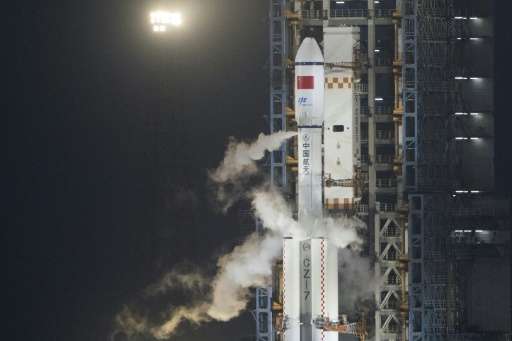 The volunteers will live in the sealed lab to simulate a long-term, self-contained space mission with no input from the outside world, Xinhua said.

Human waste will be treated with a bio-fermentation process, and experimental crops and vegetables grown with the help of food and waste byproducts.

The cabin represents the "world's most advanced closed-loop life-support technology so far", state broadcaster CCTV said.
China does not expect to land its first astronauts on the moon for at least another decade, but the project seeks to help the country prepare lunar explorers for longer stays on the surface.

Two men and two women entered the lab on Wednesday for an initial stay of 60 days. They will then be relieved by another group of four, who will stay 200 days, before returning for an additional 105.