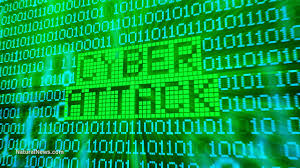 What should we make of the global ransomware attacks which happened today?

We've documented that the intelligence services intentionally create digital vulnerabilities, then intentionally leave them open … leaving us exposed and insecure.

Washington's Blog asked the highest level NSA whistleblower ever* – Bill Binney – what he thinks of the attacks.

This is what I called short sighted finite thinking on the part of the Intelligence Community managers.

This is also what I called (for some years now) a swindle of the tax payers. First, they find or create weaknesses then they don't fix these weaknesses so we are all vulnerable to attack.

Then, when attacks occur, they say they need more money for cyber security — a total swindle!!! [Indeed.]

Then, when the terror attack occurs, they say they need more money, people and data to stop terror. Another swindle from the start. [The war on terror is a "self-licking ice cream cone", because it creates many more terrorists than it stops.]

And, finally, the latest swindle "THE RUSSIANS DID IT." This is an effort to start a new cold war which means another bigger swindle of US tax payers.

For cyber security, I would suggest the president order NSA, CIA and any others to fix the cyber problems they know about; then, maybe we will start to have some cyber security.

The bottom line is that our intelligence services should start concentrating on actually defending us, rather than focusing their resources on offensive mischief.

Doug Casey on the Difference Between a Whistleblower and a Rat

Wife, 29, of Google whistleblower who exposed meddling in the 2016 election is killed...

Snowden's Failure to Have Book Screened Means No Profit

How a Government Censored an NSA Whistleblower