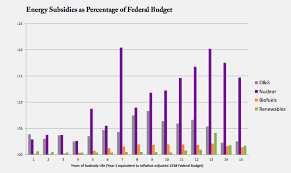 Should utility bills and taxes be used to subsidize money-losing nuclear power plants so they can compete with renewable energy and low-cost natural gas?

New York and Illinois, bowing to pressure from a powerful nuclear utility, believe the answer is yes. Several other states, including Connecticut, New Jersey, Ohio and Pennsylvania, may follow suit, arguing that the subsidies will save nuclear power-plant jobs and help electric utilities meet environmental mandates to reduce carbon emissions.

That's just one side of the story. The other side is this: The bailouts (subsidies by another name) reward poor management and bad judgment and would cost homeowners and businesses billions.

New York and Illinois already have bought into the dubious bailout scheme, which is being pushed by Chicago-based Exelon, the nation's largest nuclear utility.