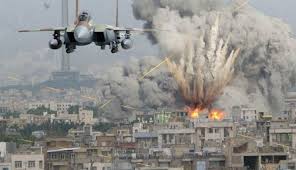 Air strikes carried out by the US and its coalition partners in Syria have killed the highest number of civilians on record since the bombing campaign began, a war monitor has said.

The Syrian Observatory for Human Rights, a group mostly advocating anti-government forces in the war in Syria, said on Tuesday that the US-led coalition killed a total of 225 civilians between April 23 and May 23, the highest 30-day toll since the campaign began in 2014.

"The past month of operations is the highest civilian toll since the coalition began bombing Syria," Observatory head Rami Abdel Rahman told AFP news agency. "There has been a very big escalation."

A U.S. military spokesman was quick to characterize those casualties as being accidents, otherwise, the result of U.S.-allied bombings but deferring all blame from the U.S.-led alliance.

Stephen Townsend, a U.S. general and commander of Baghdad's forces, said that the Islamic State group had "probably played a role in those casualties," by using civilians as human shields. He provided no proof to validate his claims.

International human rights organizations argue that the official number of civilians killed in coalition operations is far greater than that reported by the Pentagon because Washington rejects figures provided by monitors on the ground, and always tries to cut back on the number of the casualties.

Media's Deafening Silence On The Biggest Scandal Of 2019 Is Chilling

The Battle to Liberate Syria's Idlib Province from US Supported Terrorists