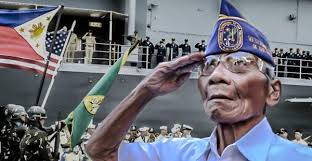 New legislation that would make enthusiastic singing of the national anthem mandatory in the Philippines has been approved by the Philippine House of Representatives.

The act, known as the "Revised Flag and Heraldic Code" is a revision of an existing bill that will require all persons to stand, salute, and sing when the national anthem is played at a public event.

"The singing shall be mandatory and done with fervor," it states.

The legislation provides the official lyrics and music for the Lupang Hinirang, specifies a tempo of 100-120 beats per minute, and demands a proper salute from the first note of the song to the last.

Also outlined are a number of other strict guidelines regarding flag code, the national motto, and the display of other emblems. In addition, the school system is required to make memorization of the anthem compulsory for all students.

Those who violate any of the rules or regulations outlined in the act will be issued a warning before being publicly shamed in a "newspaper of general circulation," and it will be left to the discretion of the court to impose either a fine of 50,000-100,000 pesos ($2,800-$5,590) or no more than one year in prison — or both.