> How Much of a Nuclear Threat is North Korea Really? - Freedoms Phoenix 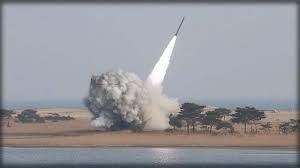 We all like to scoff at that crazy little dictator, Kim Jong Un, who is a walking caricature, putting himself on the cover of a magazine as the sexiest man alive and talking smack like a WWF champ. But, in all seriousness, is North Korea actually a threat?

Unfortunately, it looks like the answer to that question is yes…and they're turning into a bigger one each year.

Despite the buffoonery of their Dear Leader, the threat of North Korea is growing rapidly, according to the US Intelligence community. When prepping for a nuclear strike becomes the officially recommended course of action, it is time to pay attention.

(What you do in the minutes after a detonation could save your life. Learn what to do in the event of a nuclear strike here.)

They have successfully tested an ICBM that could carry a nuke.

The US military Defense Intelligence Agency says that by sometime in 2018, North Korea could have an intercontinental ballistic missile (ICBM) with the ability to transport a nuclear warhead.

They're basing this on a recent successful test of such an ICBM.

"This test, and its impact on our assessments, highlight the threat that North Korea's nuclear and ballistic missile programs pose to the United States, to our allies in the region, and to the whole world," the DNI's National Intelligence Manager for East Asia, Scott Bray, told CBS News on Tuesday, adding that the U.S. intelligence community was "closely monitoring the expanding threat from North Korea." (source)

Currently, Alaska, part of Canada, and Hawaii are within range.

Right now, experts don't believe that North Korea could transport a nuclear warhead to the US mainland, however, Alaska and Hawaii are at risk. Hawaii would be a particularly valuable target, as it is the home of the US Pacific Command.