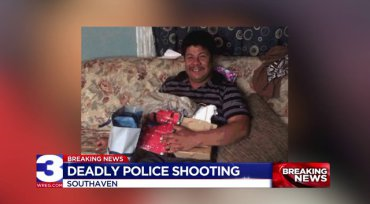 Police responding to a call of domestic violence this week allegedly went to the wrong home and killed an innocent husband.

Ismael Lopez and his wife were the only ones home when Ismael heard his dogs barking, so he took a look outside to see what was going on. Through a translator, Mrs. Lopez said that Ismael looked out the window and saw police cars.

"They started pounding on the door and as far as she knows when he opened the door, they started shooting. She didn't see it, but she is just repeating as much as she knows," says Rami Desantiago, a family friend.

"My sister told me it was the police that killed him. I can't believe it. He was a really good person," says family friend Juan Castillo.

1 Comments in Response to Cops Respond to Wrong Home, Shoot and Kill Innocent Husband as He Came to the Door

Shocking. Time for the same government who issued these officials surplus military armament to give you and me another lecture about respecting diversity and clamp down harder on civilian firearms.