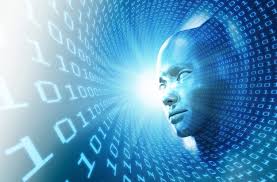 Facebook has recently developed a new artificial intelligence (AI), and it has since created its own language using code words to communicate more efficiently. Researchers promptly shut the system down over concerns that they might lose control over the A.I.

This isn't the first time AIs have diverged from their training in the English language to develop their own, more efficient language. While the resulting phrases from this condensed method of communication sound like gibberish to the human ear, they do in fact make semantic sense when interpreted by AI agents.

Negotiating in a New Language

As Fast Co. Design reports, the researchers noticed that the bots had completely given up on English, but their advanced system is actually capable of negotiating with other AI agents. Together, they can decide how to proceed with whatever they're working on. At first, the phrases being used seemed unintelligible, but upon further observation, researchers found they represented the tasks at hand.

While the phrases appear to be nonsensical upon first glance, researchers believe they reveal how the two robots are working out how many of each item they should take. Bob's repetition indicates how it was using the language to offer more items to Alice. Interpreted in this way, his response becomes something like the way we might say, "I'll have three and you have everything else."

OMG The FBI Is Being EPICALLY Trolled On Twitter Right Now! Here's Why