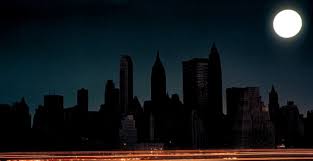 Federal government agencies are preparing for the possibility of "widespread power outages" across the U.S. as a result of a "black sky" event that could "bring society to its knees".

An exercise sponsored by FEMA and the U.S. Department of Energy set to take place on August 23 called EarthEX2017 will wargame responses to catastrophes such as mega earthquakes, cyber terrorism or high altitude electromagnetic pulse attacks.

The exercise will simulate a "subcontinent-scale, long duration power outage, with cascading failures of all other infrastructures," according to the official Earth Ex website.

"Black sky events" are defined as, "Catastrophic occurrences caused by man or nature that bring society to its knees."

"Cars would have no fuel. Restaurants and grocery stores would be bare. Electricity could be out for months in such an event," writes Mike Vasilinda.

Given the soaring tensions between the United States and North Korea, which has threatened to attack the U.S. territory of Guam, the timing of the EarthEX2017 exercise couldn't be more appropriate.

"It's not "if" but "when" a Black Sky event will occur," writes Vasilinda, an alarming statement given that she discusses meeting with "members of the U.S. military, National Guard Adjutant Generals, officials from Homeland Security, Department of Energy, FEMA, NOAA, and experts from the utility, distribution and supply sectors," at a private summit held in Washington DC.

DEL IN THE DELLS