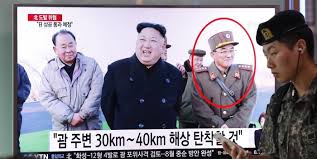 SEOUL—North Korean leader Kim Jong Un has decided not to launch a threatened missile attack on Guam, Pyongyang's state media reported on Tuesday, but warned that he could change his mind "if the Yankees persist in their extremely dangerous reckless actions."

The report, published early Tuesday, could help dial back tensions that had spiraled last week following an exchange of threats between North Korea and U.S. President Donald Trump.

Watch: Is a nuke-free North Korea impossible? - Provided by Wochit

Mr. Trump warned Pyongyang last week that the U.S. military was "locked and loaded" and could engulf the North in "fire and fury," while North Korea, through its state media, had threatened to fire four missiles in a bid to surround the U.S. territory of Guam in "enveloping fire."

North Korean state media said in its report Tuesday that Mr. Kim had made his decision not to fire on Guam after visiting a military command post and examining a military plan presented to him by his senior officers.