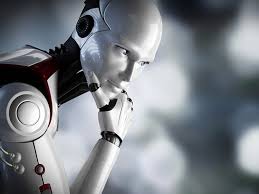 By: Jake Anderson/ANTIMEDIA — The world was atwitter last week as President Trump crudely took North Korea to task over its nuclear program, a threat that has slowly but surely eclipsed the distractions of our imperialist wars in the Middle East. But according to tech mogul Elon Musk, humans face a far graver threat from something they use in their everyday lives and could be holding in their hands as they read these words: algorithmic artificial intelligence. Specifically, algorithmic AI that evolves into malevolent super-intelligent entities and seeks to end their meat bag parent species — us.

Late last week, Musk tweeted that AI is far more dangerous than North Korea, adding that he believes regulation will be necessary to contain the burgeoning technology.

The tweets come on the heels of the newest unnerving conquest by algorithmic AI. A test bot created by OpenAI reigned supreme in the multiplayer online battle arena (Moba) game Dota 2, beating the best human players in the world. The test AI was able to predict its human opponents' every move and win using a combination of speed and strategy. Last year, DeepMind's AlphaGo AI defeated the world's top player of the most complex board game, Go.

Musk's alarmist attitude toward AI has, in the past, been mocked by a Silicon Valley digerati convinced that strong artificial intelligence will be a benevolent force that humans can harness. But in recent years, a consortium of futurists and rock star AI developers and experts have finally heeded Musk's warnings — and Stephen Hawking's — and launched AI safety conferences and committees for the express purpose of containing the threat of runaway artificial intelligence.

For his part, Musk has tasked his OpenAI company with the creation of a "neural lace," a theoretical transhumanist technology that melds the human mind with cloud-based AI, a brain-machine interface(BMI). Musk believes the best way to hedge against runaway AI is to upgrade humans to near machine status.

Musk, now one of the richest men in the world, has poured his entrepreneurial spirit into projects that are part of massive growth industries and, simultaneously, visions of collectivist human evolution (as a teenager, his first mission statement was: "The only thing that makes sense to do is strive for greater collective enlightenment.") Not only did he open his patents for Tesla because "we're all in a ship together," not only does he want humans to merge with advanced technology for species protection, he also wants us to colonize Mars in order to have a second home in case future AI inhabitants — our "mind children" — kick us off our home planet. It's a really weird, futuristic version of collectivism, but it's there.