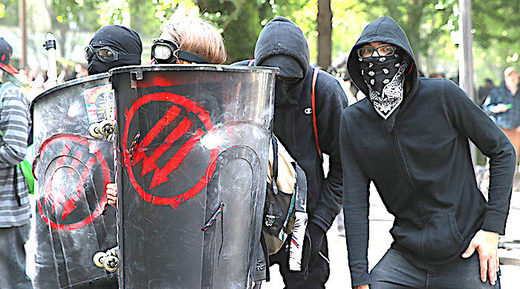 petition to formally recognise Antifa as a terrorist organisation is surging towards 150,000 signatures in a stunning rebuke of how the mainstream media has embraced the far-left group since the violence in Charlottesville.

Entitled Formally recognize AntiFa as a terrorist organization, the petition was created just four days ago and has already amassed over 144,000 signatures.

Terrorism is defined as "the use of violence and intimidation in pursuit of political aims". This definition is the same definition used to declare ISIS and other groups, as terrorist organizations. AntiFa has earned this title due to its violent actions in multiple cities and their influence in the killings of multiple police officers throughout the United States. It is time for the Pentagon to be consistent in its actions – and just as they rightfully declared ISIS a terror group, they must declare AntiFa a terror group – on the grounds of principle, integrity, morality, and safety.

The petition has now obtained enough signatures to warrant an official response from the White House.

The political class and the media slammed President Trump after he accused both sides of being responsible for violence during the disturbances in Charlottesville last week.