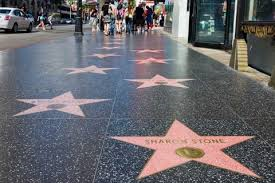 Following Paul Walker's death in 2013, the Furious 7 filmmakers faced the delicate task of finishing the film using a digitally created version of the actor. To do so, they resorted to performance capture with the help of the actor's brothers, Caleb and Cody, as well as painstaking computer animation from a team at VFX house Weta. That was state-of-the-art in 2014. But imagine if, instead, a computer could have stepped in, watched all of Walker's performances in the previous Furious films, learning the minute details of how he walked, talked and even raised an eyebrow. And then imagine that artificial intelligence took over and itself helped to create a digital performance for Walker's character.

This isn't so far off. Now that the use of computer graphics is commonplace in movies and TV, artificial intelligence may be the most important technology to emerge in Hollywood. Potential AI-driven applications — in which the machine takes over and can learn and think for itself — could function as script supervisors, take a first pass at film editing, even create performances either for digital characters that resemble actual humans or more fantastic CG creatures. While that may sound like something out of Blade Runner or Westworld, the truth is, such technology could have a huge impact in the areas Hollywood cares about a lot: schedules and budgets, by shortening production times and bringing down costs.