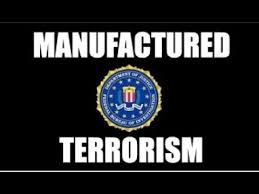 The U.S. government has prosecuted more than 800 people for terrorism since the 9/11 attacks. Most of them never committed an act of violence.

When he was born in Cuba, Suarez had blue skin. His fragile brain had been deprived of oxygen, a tragedy his family points to in explaining his lifelong social and intellectual challenges. As a child, Suarez also suffered several significant head injuries, including being struck by a brick and falling off motorcycles without a helmet on. His parents brought him to Key West, Florida, in 2004, when he was 12 years old. He struggled in the public education system and dropped out of high school. He then took odd jobs in Key West — stocking store shelves, cleaning up restaurants, working in kitchens. Even after more than a decade in the United States, he spoke English without confidence.

In 2015, seeing reports about the Islamic State on cable news, Suarez became intrigued by the terrorist group, he explained to an FBI informant. He was 23 years old at the time and still living in Key West. He was slender and fit, with tattoos covering his chest, stomach, and arms. He wore his brown hair cropped close to his scalp, and a goatee covered the bottom of his chin.