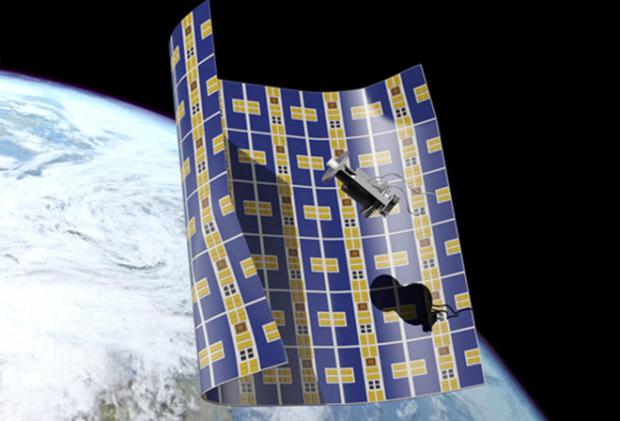 The project recently received a second round of funding from the NASA Innovative Advanced Concepts program, which funds far-out ideas that remain years away from launch — if they get there at all.

The Brane Craft is a yard across, flexible, and less than half the thickness of a human hair. This makes it difficult to protect the spacecraft's electronics from radiation, or even micrometeorites.

"It has to be bullet-proof, because a 5-micron diameter particle can penetrate the main structural sheet, which is only 10 microns thick," Siegfried Janson, principal investigator and a senior scientist at Aerospace Corporation, said.

So the company, based in El Segundo, Calfironia, has designed the spacecraft to be resilient. If one solar cell is whacked by a micrometeorite, only that cell will fail. Same goes for the craft's microprocessor and digital electronics — if one fails, others will keep working. Even the propellant tank, which is sandwiched between two thin sheets, is split into multiple segments. In the case of a micrometeorite strike or an electrical short, other segments are designed to remain operable.

SpaceX to launch four private passengers into orbit around Earth by as soon as late 2021...