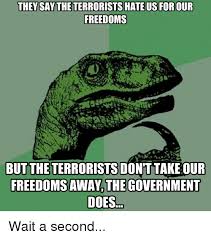 Those of us who are old enough to remember a time before 9/11 can recall "the good old days" before the police state was ramped up to the militaristic control grid that it is today.

We remember a time before fear became the only thing that your television fed you. Sure, the propaganda machine and the war machine has existed long before 9/11, but since that fateful day, the fear peddlers and the tyrants have cranked it up a notch – or ten.

Freedom diminishing step one: The TSA

Prior to 9/11, no one heard of the Transportation Security Administration because they didn't exist. The TSA was created as a reactionary security measure to hijackers sneaking box-cutters onto planes. It has since morphed into a vile organization of total domination, degradation, theft, and molestation.

If you think taking your shoes off at the airport makes you safer, you need to read more history.

Having worked directly under the NSA for several years prior to the attacks on 9/11, I can tell you that spying on Americans was not only frowned upon by our superiors, but it was a chargeable offense. During my years as an Intelligence Communications Intercept Operator, we were told that if we came across "friendly chatter," we move on, or we go to jail.

However, since 9/11, the NSA has conducted an about face. The restrictions that kept myself and my team from spying on Americans were lifted. The tentacles of this police state leviathan quickly spread their way into every facet of American life. We wouldn't find out until several years later that all of our private data has been, and forever will be, subject to the prying eyes of the state.