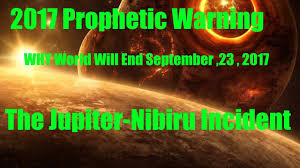 In case you missed it, here is the scoop on the end of the world, scheduled for September 23rd, 2017.

A particular configuration of constellations that occurs once in 7000 years is about to take place and prognosticators say it is only a few days from its ominous alignment.

The constellations Leo and Virgo along with the moon will replicate a Biblical astrological event described in the book of Revelation:

"And there appeared a great wonder in heaven; a woman clothed with the sun, and the moon under her feet, and upon her head a crown of twelve stars." (Revelation 12) 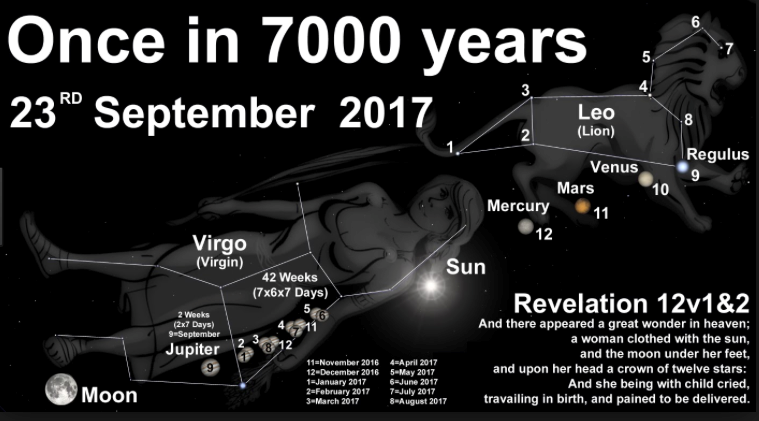 The constellation Virgo is the "woman;" Leo is a constellation of 12 stars that will "crown" Virgo, and the moon will be seen underneath Virgo's feet, occurring in the night sky Sept. 23.  This is a fact.  Its interpretation is what is left for speculation.

Is there any plausible rationale that the apocalypse, the end of the world as predicted in Biblical prophecies, would actually occur next week?

Uh, at this juncture I had better throw in the scripture from the Book of Matthew 24:36 (Jesus speaking): "But of that day and hour knoweth no man, no, not the angels of heaven, but my father only."

But Jesus did go on to instruct His followers in that chapter to "keep watch" for that day. (Matthew 24: 32)

GOP Rep Says Vaccine Passport May Be Joe Biden's Mark Of The Beast,...

A Child of the Apocalypse