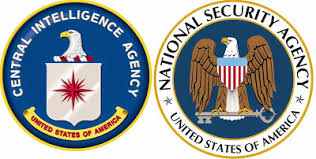 What we really need for 9/11 truth is to open the files of the CIA, NSA and FBI, and we need it for truth in many other realms too. The Architects and Engineers for 9/11 Truth have a petition that seeks a new and truly independent investigation. This is a step in the right direction. We need far more than that. We need to penetrate the secrecy of the CIA and NSA on a timely and complete basis, not 50 years after the fact and only partially. Their files have to be opened. We cannot let the government continue to hide behind "national security".

This blog began as a comment on theories of the Trade Towers collapses, but it grew into a criticism of secret government hiding behind the term "national security". I sympathize with the petition for a new investigation of 9/11, but I want to see a far more radical process, the dissolution of the CIA and the NSA. The call for opening their files and exposing their activities is part of that process. Edward Snowden's work is a major step in that process as is the work of a number of others whose desire to expose the evils of the CIA and NSA has led them to personal sacrifices and risks.

My scientific approach is (a) devise and adopt a simple theory first to rationalize the known observations, (b) consider the anomalies if any, (c) reconsider the initial theory and revise if need be, or else live with the unexplained anomalies. I follow Occam's Razor and Kuhn in this respect. My mind prefers simplicity. I prefer to understand the basic facts first, leaving details and anomalies to later consideration.

What are "anomalies"? They are observations we do not understand or that seem to contradict our understanding of basic facts through our initial theory. If the anomalies are large enough, we have to revise the theory or even abandon it and devise an entirely different theory.

The Trade Towers collapsed. What caused this? There are two leading theories: the crash theory and the demolition theory. The crash theory says that the airplanes that crashed into the towers were the cause. This rationalizes the largest known facts, which are that the two planes did crash into the towers and did cause destructive fires because they were loaded with large amounts of jet fuel. Also, the fires burned for 102 minutes and about 60 minutes in the North and South towers, respectively. This weakened steel girders, ergo a collapse eventually occurred. This theory is simple but powerful. The towers were standing, Planes crashed into them. They eventually collapsed. Ergo, the planes crashing into the towers caused their collapse. As a supplemental fact, the manner of construction of the towers was not as strong as in earlier skyscrapers.

The alternative theory, the demolition theory, is that the two planes and the resulting fires didn't cause the collapse. There is no reason to formulate this theory unless there are anomalies. These are many and varied, including claims of nanothermite, the appearance of the collapses, witness evidence of explosions, temperatures not being high enough, etc., but these anomalies are all contested. That is, for every claim of an anomaly, there are arguments by reputable people who contest the claims. Without venturing into this very large thicket, this means that the impetus arising from anomalies for any alternative theory, including the demolition theory, is not strong enough to overturn the crash theory.

There's no necessity to delve into consideration of the anomalies specifically because the demolition theory has major problems of its own. If the airplane crashes didn't cause the towers to collapse, then what did? The demolition theory answers: Explosives that had been planted in them earlier. This theory is not at all simple. It raises unanswered questions of its own.

In order for explosives to be the explanation, a number of persons would have had to organize the project and plant them. That's a major, major project. People have to buy explosives, transport them to the site, find places to place them, and so on. This would have to be done either during construction or later. Both would be difficult to conceal. Who did this and why? How did they do this and keep it secret? This would be very difficult to keep secret, to say the least. Is there independent evidence that this planting and demolition of explosives occurred? Have two witnesses come forward and reliably confirmed that explosives were planted and then detonated? There is no such evidence.

Navy: Releasing UFO Files Would Cause 'Exceptionally Grave Damage To US...

A Limited-Government Republic versus a National-Security State

The Military's Sci-Fi Fantasy for the Super Bowl of Wars

Permanent Record: A Book Anyone Who Uses the Internet MUST Read

Deep State on the National Security Council: Colonel Vindman Is an 'Expert' With an Agenda

Cuba Was Never a Threat to "National Security" by Jacob Hornberger

Deep State on the National Security Council: Colonel Vindman Is an 'Expert' With an Agenda