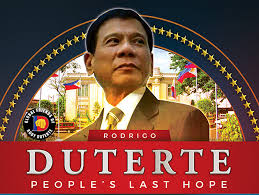 Philippines President Rodrigo Duterte says he will not hesitate to have his own son murdered if allegations of his involvement in a $125-million drug shipment prove to be true. He has also vowed to "protect the police who kill him."

"I said before my order was: 'If I have children who are into drugs, kill them so people will not have anything to say,'" Duterte said in a speech on Wednesday night, as quoted by AFP.

"So I told Pulong [son's nickname]: 'My order is to kill you if you are caught. And I will protect the police who kill you, if it is true.'"

The statement comes amid an allegation that Paolo Duterte is connected with an international drug cartel that attempted to ship $125 million worth of crystal methamphetamine from China to Manila in May.

The accusation was brought forward by Senator Antonio Trillanes IV, a vocal opponent of the president.

As part of his argument, Trillanes provided photographs of Paolo beside the businessman alleged to be responsible for importing the drugs. He also cited unspecified foreign intelligence that Paolo is a member of a crime syndicate while alluding to a "dragon-like" tattoo on his back as proof.

Duterte's bold statements regarding his son are the latest in a string of shocking remarks expressed by the leader as part of his 'war on drugs'.

The controversial campaign has led to the deaths of more than 7,000 suspected users and dealers since July 1, 2016, according to figures released by Human Rights Watch (HRW) in July.

According to HRW, the deaths have been committed by a combination of security forces and "unidentified gunmen," with the government claiming to have killed more than 3,800 people.

Duterte has repeatedly defended his hardline stance against drugs, previously saying he would be "happy to slaughter" 3 million drug addicts and describing children shot dead in the campaign as "collateral damage."

The president's violent crackdown on drugs has come under fire from the UN, human rights organizations, Western governments, and many within his own country – all of whom Duterte has responded to with ferocity.