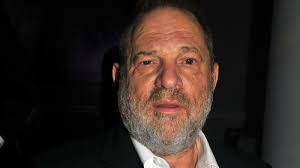 (Natural News) Sometimes the longer you boil the pot, the more the scum rises to the top. It's called "Hollywood."

That's what we're all now witnessing with a gamut of liberal Hollywood elitists now being called out by women for abuse, exploitation, misogyny and every other sicko behavior the Hollywood culture ridiculously claimed was only carried out by conservatives.

Hollywood media "god" Harvey Weinstein's world is imploding by the hour as women keep pouring out of the woodwork, affirming that he man-handled them into unwelcome gropes, perverted showers or even forced oral sex, all under the premise that Weinstein could turn them into movie stars if they would just drop their panties on command. The entire left-wing media, not surprisingly, covered up all this for at least a decade, enabling Weinstein to continue his predatory behavior that targeted young, vulnerable women. Those media outlets that engaged in the cover-up include the New York Times and NBC News, among dozens of other usual suspects.

Jimmy Kimmel, for his part, has been exposed for a video he filmed with multiple street women where he encourages women to "guess what's in my pants" by putting their mouths on his crotch. Kimmel, of course, is the same anti-American Trump hater who also pushes vaccines on children in California in a kind of medical child molestation scheme that seems to get the jollies really humming for these sicko left-wing Hollywood elitists.

Dean Cain Slams Superman Coming Out as Bisexual: "It Isn't Bold or Brave"

Whoever Plays James Bond Next, Please Don't Make Him a Woke Bloke | Commentary

'Stop s***ing on your own!': Bill Maher says woke liberals have lost 'perspective'..