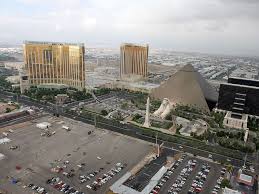 The usual politicians respond by threatening to punish everyone who didn't do it, by ripping away great chunks of their human, natural. civil, and Constitutional rights. The event is quickly veiled in an impenetrable cloud of contradictory lies which will not be parted, not for decades, and probably never. We have seen this all before, over and over again.

Look: I have no idea what happened in Las Vegas, neither do you, nor does anybody else I know, but based on what we've seen since 1963 in Dallas (or 1865 at Ford's Theater), what I've read, and what I've heard, and everything like it that's happened since, I would bet good money that the person or persons actually responsible collect a government paycheck. I keep hearing talk about Manchurian candidates and MK-Ultra, and each time, I'm closer to believing it. I try to keep in mind that, the more the truth is concealed, the more people will tend to make up their own truths. I only know that future historians are going to have a field day with the 20th and 21st centuries.
I'd like very much to know the truth. I'd like to know what invisible forces and events are shaping the world my grandchildren will live (and possibly die) in, but I have given up any expectation I ever had of such a thing happening. The "real facts" about the John F. Kennedy assassination are supposed to come out soon, but again, I'm willing to bet they will only confuse and obscure things. Those future historians I mentioned will probably be swimming in their own sea of bovine excrement.