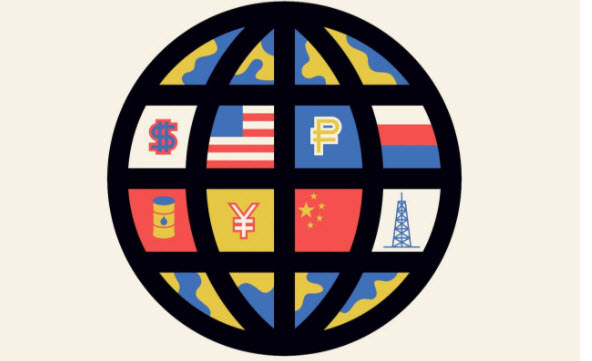 In the summer of 1974, Treasury Secretary William Simon traveled to Saudi Arabia and secretly struck a momentous deal with the kingdom. The U.S. agreed to purchase oil from Saudi Arabia, provide weapons, and in essence guarantee the preservation of Saudi oil wells, the monarchy, and the sovereignty of the kingdom. In return, the kingdom agreed to invest the dollar proceeds of its oil sales in U.S. Treasuries, basically financing America's future federal expenditures.

Soon, other members of the Organization of Petroleum Exporting Countries followed suit, and the U.S. dollar became the standard by which oil was to be traded internationally. For Saudi Arabia, the deal made perfect sense, not only by protecting the regime but also by providing a safe, liquid market in which to invest its enormous oil-sale proceeds, known as petrodollars. The U.S. benefited, as well, by neutralizing oil as an economic weapon. The agreement enabled the U.S. to print dollars with little adverse effect on interest rates, thereby facilitating consistent U.S. economic growth over the subsequent decades.

An important consequence was that oil-importing nations would be required to hold large amounts of U.S. dollars in reserve in order to purchase oil, underpinning dollar demand. This essentially guaranteed a strong dollar and low U.S. interest rates for a generation.

The Mechanics Of The Global Gold Market