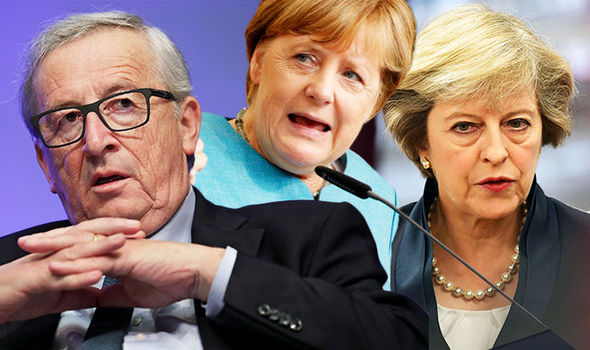 ?The "British press" is wrong (although it wasn't just the British press): Brexit negotiations are going well and the divorce settlement should be finalised by December. Really?

This is what the EU's "real" boss had to say on the state of Brexit negotiations following the first day of the EU summit. "My position wasn't changed by Theresa's May's presentation, because I've kept in continuous contact with her by phone. What I heard today was a confirmation of the fact that, in contrast to what you hear in the British press, the process is moving forward step-by-step…At this point, it's not yet sufficient to begin the second phase, but it's encouraging enough to continue working in order to reach the beginning of the second phase in December."

According to Reuters, Merkel dismissed suggestions that the talks should be broken off as "absurd", commenting "I have absolutely no doubts that if we are all focused ... that we can get a good result. From my side there are no indications at all that we won't succeed,' she said."

Giorgia Meloni, Italy: "without roots and an identity you are a slave …. The perfect consumer**

Revolution in Italy? Voters 'Threw The Bums Out!'