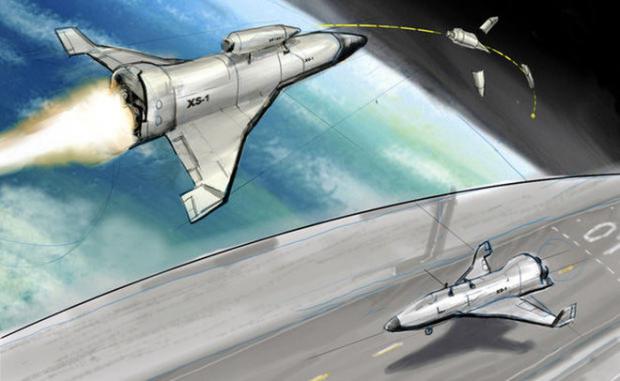 Recently, a representative from the Defense Advanced Research Projects Agency (DARPA) explained why the U.S. needs this kind of space capability.

"We are, frankly, in the midst of what I believe is a little bit of a crisis," Fred Kennedy, director of DARPA's Tactical Technology Office, said at the International Symposium for Personal and Commercial Spaceflight in Las Cruces, New Mexico, on Oct. 12.

The crisis, according to Kennedy, has to do with the obstacles to getting satellites into space quickly and cost effectively. The long lead times on launches (as well as frequent delays due to things like weather), the incredible cost of the launches and of the satellites themselves, and other hurdles that currently plague the spaceflight industry are not just an annoyance, but a national security risk, Kennedy argued, especially when satellites are used for things like military communications or tracking ballistic missiles.